In addition to serving as Music Director and Conductor of the New Haven Symphony Orchestra, William Boughton is a Faculty Member of The Yale School of Music. An internationally respected proponent of contemporary classical music, Conductor Boughton has conducted The Royal Philharmonic and BBC Orchestras among many others, and has been featured on several BBC television specials. He has made over 60 recordings on the Nimbus label with many of the world’s greatest soloists and orchestras.

We rebranded Conductor Boughton and created his new website in collaboration with Super 9 Studios. 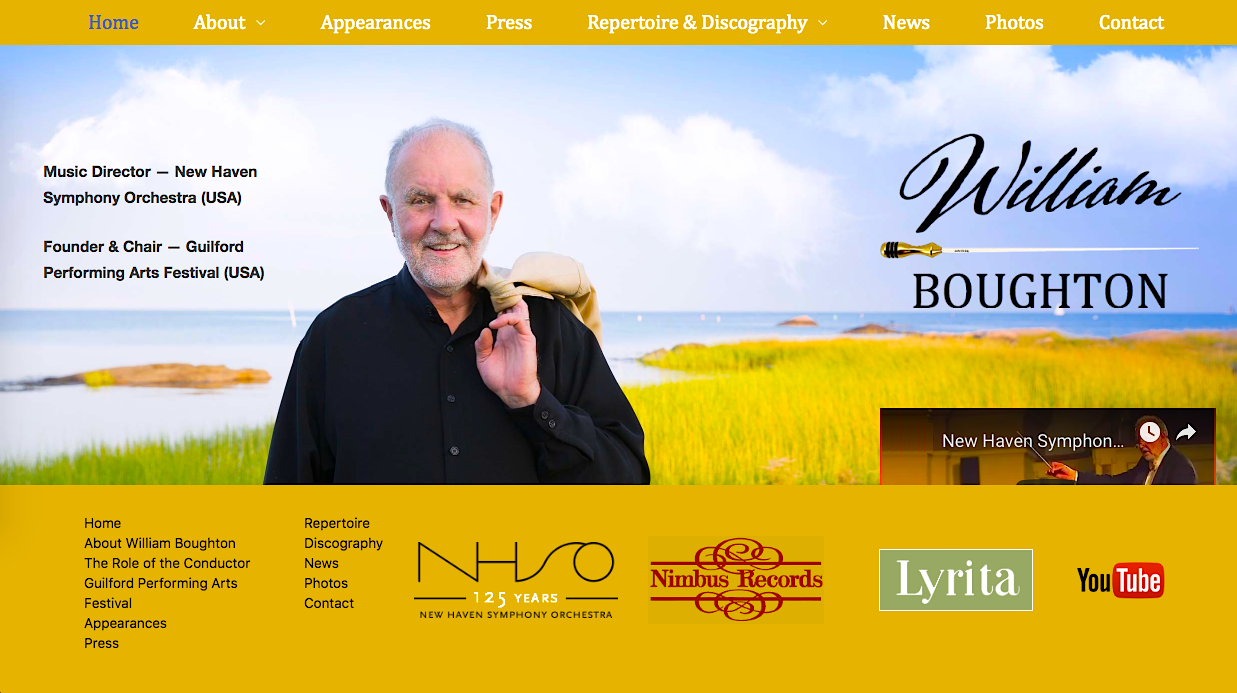